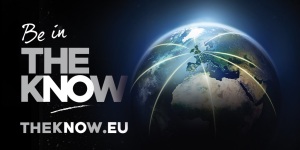 JavaScript is the programming language that developers use to build interactive websites. This odd little language has enormous expressive power, but it also has many very poorly implemented features. This is not surprising. The first version of JavaScript was developed in just nine days and, by admission of its chief software architect, Brendan Eich, the language contains a large number of what Eich calls “footguns”.

A footgun, for anyone who does not know, is a feature that you use to shoot yourself in the foot. Unsurprisingly, Eich recommends that developers avoid using these features and, after several years of painstaking work, many of the most egregious (though not all) footguns have now been removed from the JavaScript standard. Want that “eurosceptics” could learn the same lesson. But what, you may (justifiably) ask, has this got to do with restoring self-government to the British Isles? I shall tell you.

Arguably the most prominent of the numerous campaigning organisations advocating that Britons vote to leave the EU is TheKnow.eu, which recently launched a snazzy new website. Sadly, TheKnow is gleefully firing every footgun on the “eurosceptic” range, plus a few more that were thought to have been safely locked away in a store cupboard that only grown-ups could reach.

The page of the website headlined, “The Facts”, is comprised of six sections: regulation, global influence, global trade, further integration, immigration and cost. This post will take a closer look at just the first of those pages—regulation—and analyse just one of the assertions made by TheKnow.

Whinging about EU “red tape” is a dangerous red herring for anyone who wishes for Britain to leave the EU. The overwhelming majority of regulations “passed down” from Brussels actually originate within global bodies where rules are agreed between member governments. Globalisation creates the need for global governance and institutions such as the United Nations Economic Commission for Europe (UNECE) and Codex Alimentarius now supersede the role that the EU once played in harmonising regulatory standards. In that sense, the EU really is the past, a relic of a bygone era, not suited to the governance of a modern nation-state or the interdependent world in which we all live.

Nobody sensible argues that British industry should be unregulated, so why is TheKnow crowing about the hypothetical cost savings that would accrue to British consumers by reducing the “masses of red tape dished out by Brussels”? When new banking regulations were being negotiated at EU level in 2012, Britain argued for tougher (higher) capital reserve requirements than the European Commission was willing to countenance. What we need is not less regulation but the democratic means to make better regulation. Shackled to the EU, Britain is denied a full voice on vitally important intergovernmental bodies, where the likes of Suriname and Benin and Chad and Western Sahara have full self-representation. Why should The Mother of Parliaments accept a compromise position within the EU28 and a measly 1/8th of a voice in the Council of Ministers when we could deal directly with our international partners on the European continent and elsewhere?

Even outside of the EU, Britain would maintain “regulatory convergence” in manufactured goods with our European allies in order to continue vital cross-border trade and because most of the standards that govern these matters do not originate at the sub-regional EU level. Little Europe is too small for a global player like Great Britain; we need to break out of the EU straightjacket and rejoin the rest of the world.

Those of us who wish to live in an independent Britain know that judicious use of regulation makes products safer, more efficient and easier to use. Remaining within the stuffy confines of the EU, while the rest of the world moves on, denies us the opportunity to have real influence in the forums where it really matters. If TheKnow could quit firing footguns, we might stand a chance of making that message heard.