Skip to content
HomeHypocrisy, Thy Name Is Alastair Campbell 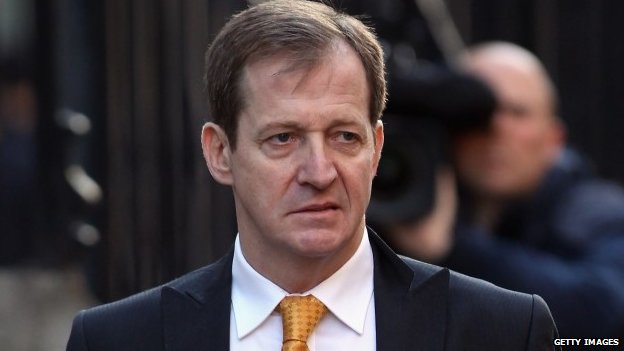 Tony Blair’s former spin doctor is not a man who is known for playing with a straight bat, so when Alastair Campbell says of David Cameron that “at least he is fighting for what he believes in, and at least he is telling the truth as he sees it” you can be pretty sure that there is something amiss about Dave’s Dodgy Deal.

Effectively confirming what the more acute observers among the Brexit community have been saying for weeks, the House of Commons Library this week published a briefing paper specifying that the document signed by the Heads of State and Government is “not binding” on EU institutions. In other words, Dave’s Dodgy Deal is not worth the paper on which it is written. Yet, this man, who we consent to call Prime Minister, and his fellows (such as Alastair Campbell) are content to lie to the House of Commons—a resigning matter in previous eras—and the British public about the enforceability of the deal that was struck, even going so far as to claim that Britain now has a “special status” within the EU.

It is not a point that I would stress too forcefully owing to the sensitivity of the subject, but most people know that “special” is the politically correct word that teachers—and other students—use to describe anybody who is a little bit slow; anybody who needs special assistance in keeping pace with the rest of the class. Apparently, this is how David Cameron views the United Kingdom, a country whose history and traditions he regards with lazy contempt—who could forget the slovenly inability of this Oxford educated public schoolboy to correctly translate the Latin meaning of Magna Carta into English when appearing on the David Letterman show in the United States. As far as Dave is concerned, what makes Britain special is not its unique history of ordered liberty under law or the people who were responsible for that and associated triumphs, but its “special status” within the supranational EU, which he regards as offering a better future than a self-governing Britain.

The claim that Britain has a “special status” within the EU is insulting for more than one reason. First of all because the primary and overriding purpose of the EU has, always was and continues to be “ever closer union”. Everybody serious is aware of this and readily acknowledges as much. The only reason to remain in the EU therefore is to participate in further stages of political integration, surrendering ever more legislative and judicial power to the EU, along with, in due course, control over our currency, our borders and our military.

It is widely recognised that the end goal of the European Union is a United States of Europe. The idea that Britain could have a “special status” within such a structure is absurd. Remaining in means signing up to the whole kit and caboodle; not immediately perhaps, but over time, there can be little doubt about where a vote to remain would lead.

David Cameron’s ludicrous claim to have exempted Britain from the fundamental purpose of EU membership is so stupid that it does not even warrant rebuttal. Indeed, it is amazing that this canard has lasted so long.

There are even Remainer representatives who scold people for not recognising that Britain has a derogation from non-EEA immigration and asylum policy, for instance. Hence, Britain was not compelled, under Qualified Majority Voting (QMV), to accept a quota of the asylum seekers that Mrs Merkel irresponsibly invited into Germany.

Not bound by the Common Asylum Policy, the British government has pursued a much more balanced policy of sending foreign aid money to the camps in Turkey, Jordan and Iraqi Kurdistan, while taking only a small number of the most vulnerable refugees.

This is doubly ironic because were the UK more integrated into the EU, as the Remainers would like, the freedom to pursue an independent policy would not have been available and, in all likelihood, the British government would have been outvoted, along with several Eastern European countries, thereby compelling us to adopt a policy that nobody in this country—not even the government, let alone the citizenry—would have freely chosen.

The only way to secure the kind of new relationship that was promised at the outset of Mr Cameron and the Tory Party’s phoney renegotiation is for Britain to negotiate a genuinely new settlement via Article 50 of The Treaty on European Union—and that can only come after a vote to leave.

There is a great future for Britain outside of the EU, making our own policies, setting the agenda for our politicians to follow, and leading in Europe. But first we have to leave the EU.

3 thoughts on “Hypocrisy, Thy Name Is Alastair Campbell”