Skip to content
HomeThe Future Is Multilateral Not Supranational 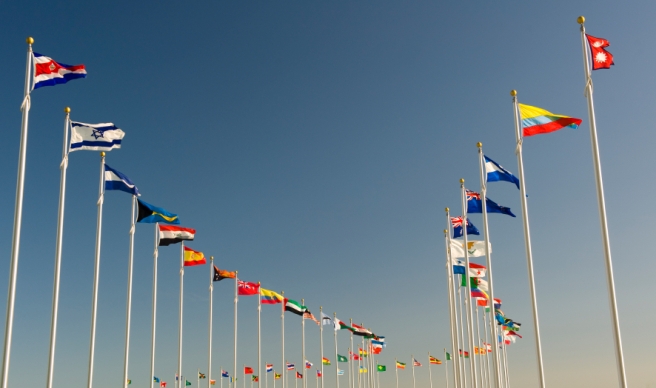 The EU is in a pretty bad way. Leavers and Remainers agree on that much, I think. After all, the entire purpose of David Cameron’s EU “renegotiation” was to agree a “new relationship” with our European allies which would promote trade and friendly co-operation while excluding Britain from further political integration.

In spite of claims to the contrary, Cameron achieved nothing of the sort. It is not credible to argue otherwise.

What David Cameron now tells us is a “reformed Europe”—the fundamental dishonesty of referring to the EU as Europe still rankles—is something like the worst available option. British institutions remain subordinate to the EU institutions with Britain’s trade and (increasingly) international relations bound by the “common position” of the EU28.

Meanwhile, the members of the eurozone are committed to “completing economic and monetary union” which means more power for the EU in the areas of fiscal and banking policy. That leaves the UK on the periphery with only Denmark for company.

The better alternative is for Britain to leave the EU and agree a genuinely new relationship founded upon intergovernmental collaboration. The future is multilateral not supranational; an open, engaged and internationally-minded country like the UK should be working to develop links with emerging economies and striving to eliminate technical and physical barriers to trade.

Free of the supranational EU’s empire-building agenda, Britain could play an active role in working to reinvigorate global free trade, creating ad hoc alliances (even working closely with the EU when appropriate), and protecting the unique culture that makes Britain an attractive destination for people the world over.

A thoughtful post in the FT by Anand Menon broadly reflects my view of Brexit, when he writes that Britain leaving the EU could enhance European co-operation by freeing Britain of the commitment to “ever closer union” that government after government has told us not to be concerned about ever since signing the Treaty of Rome. There are good reasons for Britain to work with other states in all sorts of areas, but in a democracy governance must have the consent of the governed, which means open debate in national parliaments by politicians who are directly accountable to their electors.

Menon says that he is not sure the same principle (he cites the example of military co-operation) holds in the area of regulation, but anybody who is familiar with the Flexcit plan for a structured approach to EU exit will be well aware of the existence of intergovernmental bodies such as Codex and UNECE, as well as global super-regulators such as ISO. Indeed, the opportunity for Britain to “have its say” in Single Market regulation would be greatly enhanced by EU exit.

This may sound counter-intuitive and it may well even upset some on “my own side” but without the unwelcome political baggage associated with EU membership, Britain and the rest of the EU could work together more closely than ever; productively and amicably as partners and friends, rather than as master and servant.

The cynical politicians want to appeal to your emotions to convince you that doing what is in their interest is a better idea than doing what is in your interest. Don’t fall for it. Outside the EU, Britain would be more democratic and more engaged at the global level. The people we elect would have to take responsibility for their actions and come clean about the trade-offs that are part and parcel of being an independent self-governing country.

That can only benefit our politics. A more engaged, more democratic future is waiting for us outside the EU. We need only the courage to leave.

One thought on “The Future Is Multilateral Not Supranational”