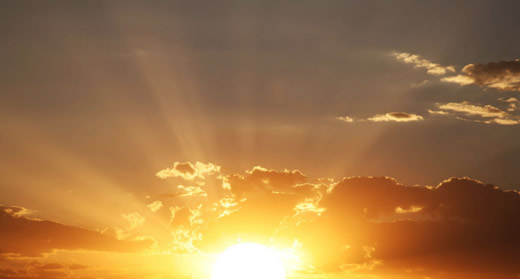 With the legacy media finally turning its attention to the realities of Brexit—even Newsnight is now name-checking Flexcit—now seems like a good time to look again at the great vistas of opportunity that await a post-exit Britain.

First of all though, one has to address the “criticism”—if one can really call shouting, stamping of feet and pulling of hair critique—that adopting a phased approach to EU exit has ellicited from a portion of the legacy media and the oh-so-tedious legacy campaigns.

It scarcely needs saying, but the Remainers’ feigned concern for the most belligerent voices in the “leave” camp is beyond cynical. The same people who have spent weeks, months, even years, verbally abusing anybody who has expressed the view that immigration is a bit high are now saying that it would be a “betrayal” for the UK government, supported by the House of Commons, to insist upon using the European Economic Area (EEA) agreement as a staging post for disengaging from the EU’s political and judicial union without any of the economic after effects that David Cameron and George Osborne have so irresponsibly exaggerated. Give me a break.

The hysterical reaction of Vote Leave and its associated sycophants is particularly loathsome. That organisation has done everything in its power to prevent the idea of a pragmatic, practical and non-hostile Brexit plan, which addresses the political realities as we find them not as we might like them to be, from taking hold in the public imagination.

In fact, it was not so very long ago that Vote Leave and the MPs and MEPs who support its campaign were saying that what leave looks like would be a matter for the UK government to decide. Moreover, Vote Leave principal Daniel Hannan has said and wrote on more than one occasion that he would be happy if a “vote to leave” resulted in another negotiation, “proper concessions” and “associate membership”. The screams of “betrayal” were non-existent when that was the Vote Leave line.

What it is reported that some MPs are now considering is nothing like as objectionable as the earlier Vote Leave stance. It is in fact what we would expect and would be as good an example as I can recall of Parliament doing what it is there to do in protecting the interests of the British people.

Leaving the EU but remaining in the Single Market—at least over the short- to medium-term—is not only sensible but essential. When you are recovering from a long bout of illness, you do not head out the door on a 10 mile run the moment that you are able to hold your head upright. By remaining part of the EEA, with a transitional agreement on fisheries and agriculture, maintaining most of the cooperation agreements and adopting the entire EU acquis into British law, nothing changes. This is the quickest settlement to negotiate, the least disruptive and the solution most likely to be ratified without a fuss.

This also gives Britain time to rediscover and enhance vital policy-making capabilities. Nobody said self-governance is easy, but the greater autonomy, agility and accountability that our politics will have once we are free of the EU straitjacket makes the process more than worthwhile. The recovery of democratic self-government and the ability to hire and fire our law-makers would give Britain a renewed sense of purpose and solidarity. Co-operation with the continent and countries further afield would of course be part of that.

With an independent trade policy, for instance, Britain could work with like-minded allies such as Australia and New Zealand to develop and enhance the multilateral trading system. So many of the standards which the EU turns into regulations are not made in Brussels anymore. The international body for food hygiene is the Codex Alimentarius Commission based in Rome. The international body for maritime law is the International Maritime Organisation (IMO) based in London. Vehicle standards are made by the World Forum for Harmonization of Vehicle Regulations (WP.29), a working party of the Inland Transport Division of the United Nations Commission for Europe (UNECE), based in Geneva.

This alphabet soup of organisations—largely unknown to the general public—produce the rules which the Single Market later adopts. But, because the standards are international in their origin, countries such as Canada, India and the USA are not concerned about having “no say” in the Single Market. Indeed, independent countries have more say than EU Member States when it comes to making their voices heard at the global level.

EU Member States are bound by the Common External Tariff and the Common Commercial Policy, which, under the terms of Article 34 of the Treaty on European Union, empowers the European Commission to speak on behalf of EU Member States in international trade talks and compels EU Member States to adopt the EU’s “common position” on standards-setting bodies at the global level.

This matters now more than ever because of the way in which the WTO Agreement on Technical Barriers to Trade has turned the EU from a rule-maker into a rule-taker. Article 2.4 says: “Where technical regulations are required and relevant international standards exist or their completion is imminent, Members shall use them, or the relevant parts of them, as a basis for their technical regulations”. That little word “shall” transforms the relationship between global bodies and the EU, placing independent nation-states at the forefront of the regulatory agenda. In other words, the real ‘top tables’ are at the global level—and that is where Britain needs to be in order to ensure that British ideas are represented.

Recovering our full power of independent self-representation will enable Britain to move quicker and be more agile when it comes to international trade. Moreover, the “International Model” advanced by UNECE’s WP.6 (Working Party on Regulatory Co-operation and Standardisation Policies) provides a means to pool talent to create technical regulation through intergovernmental agreement, without sacrificing sovereignty to a supranational government. As a form of bellwether regarding the high degree of co-operation balanced with independence that this model allows, the United States is an active player within WP.6.

National control over fisheries, agricultural, environmental and energy policies would likewise enable Britain to adapt faster to change and respond flexibly to local demands. That is something the EU can never do; it is institutionally incapable of rapid response. The return of real policy-making power to Westminster and Whitehall would also necessitate making local government more powerful and accountable. The sclerotic EU bureaucracy has served its time. With the assurance that we can leave the EU in a manner that is economically secure, the opportunity to correct the historic error of EU membership is too good to miss. Let’s vote to leave.

One thought on “Beyond EEA”