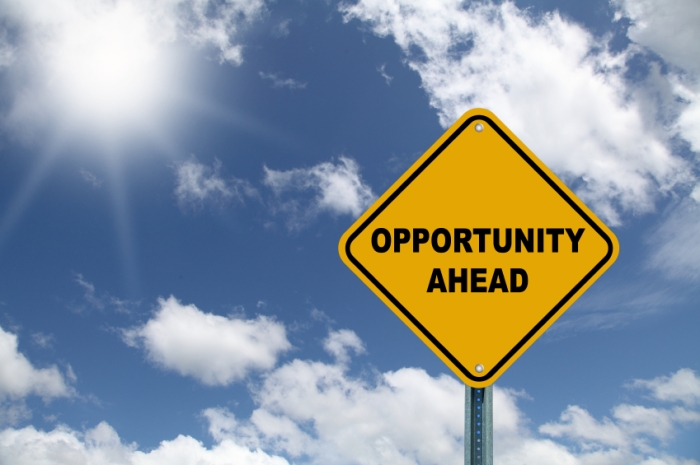 In 2003, Tim Lister and Tom DeMarco published a book about managing risk on software projects (stay with me!) in which they argued that “running towards risk” invariably yields more productive outcomes and better results than doing the opposite. “Projects with no real risks are losers… Risks and benefits always go hand in hand,” the pair assert.

That does not mean adopting a reckless or cavalier approach to risk-taking—Lister and DeMarco both consult on risk-management—but it does put the lie to the idea that risk is something that should be avoided at all costs. A more positive description of the same idea would be “embracing opportunity”.

So, yes, there are risks to leaving the EU and yes that is what makes embracing the opportunity so worthwhile.

Effective risk-management involves identifying risks and proposing credible mitigation or avoidance measures. To that end, leaving the EU must be the most painstakingly described “leap in the dark” in the history of the world.

There are serious proposals for how Britain can leave the EU without fear or economic disruption and they have been part of the “leave” conversation from the very beginning. The Remainers have never seriously addressed the case that The Leave Alliance has made because the chancers and blowhards within Vote Leave make for an easier opposition.

Most people who follow these things will now know that Roland Smith’s terrific essay for the Adam Smith Institute, The Liberal Case for Leave, was based on the research of Dr Richard North and the Flexcit plan for a fear free exit. The plan was mentioned on Newsnight recently and it is openly acknowledged that civil servants have been reading Flexcit as part of drawing up contingency plans to be used in the event that the British electorate vote to leave the EU on June 23rd.

Though nobody can say with certainty what “leave” would look like, that does not mean that the “plausibility scope” is limitless. The decision will be constrained by political reality and the default two-year time period for the Article 50 exit negotiation means that the deal will of necessity use as many existing legal instruments as are available. That points very strongly to an EFTA/EEA interim deal.

The consequences of not coming to some kind of an agreement on trade prior to the deadline would be disastrous for both Britain and the EU so we can be confident that such a deal would be done.

Even if the EU decided to play “hardball” the UK would have options. The EU is a rules-based organisation bound by treaty and convention to negotiate in good faith. Article 50 commits the EU to “negotiate” with any departing EU Member State; Article 8 commits the EU to a “good neighbourliness” policy “founded on the values of the Union and characterised by close and peaceful relations based on cooperation”; and Article 3 affirms the EU’s commitment to promoting “free and fair trade”.

The EU will drive a hard bargain but it will not step outside the framework of its own treaties and there would be consequences for the EU if it did.

On this side of the Channel, if anybody wants to make a problem out of the fact that the abysmal Vote Leave is not proposing anything like that, I can only reiterate that this referendum is not about electing Vote Leave, it is about voting to leave the EU. Following a leave vote the position of the UK government will be determined by a parliamentary process; “leave” voters will not call all of the shots and “remain” voters will not be ignored. It is their country too.

The Commons as a whole is “remain”-minded, which, ironically, would provide the necessary ‘ballast’ to ensure that Britain’s economic security is protected at the point of EU exit. According to a very interesting poll commissioned by the Adam Smith Institute, the EFTA/EEA option has overwhelming popular support among “remain”-minded voters (in the event of a leave vote) and, even more importantly, nearly half of all “leave”-minded voters would accept such an outcome, at least for an interim period.

The need for reconciliation and a positive future relationship with our EU partners points almost ineluctably to a phased approach to EU exit—a process not an event—embracing the idea of transitional arrangements which retain Single Market membership at least until Britain has had the chance to rebuild its policy-making capabilities in vitally important areas such as trade, aid, energy, the environment, agriculture and fisheries.

However, that does not mean neglecting immigration as many in the media so often imply. The EEA agreement refers specifically to free movement of “workers” not free movement of “people” so there would be some wiggle room there. The “safeguard measures” in the EEA agreement are also interesting in the sense that the precedent for using them already exists—and there is also scope for a quota-based system to be applied as per “sectoral adaptations” in the EEA agreement. Little Lichtenstein has a brake on free movement of workers and Iceland imposed capital controls in response to the banking crisis. There would be scope to allay the fears of the most concerned.

There it is. The initial phase of the Brexit transition from supranational subordination to independent self-governance. There are risks but there are also contingencies to mitigate those risks and the opportunity to re-engage with the rest of the world, championing the multilateral trading system and promoting trade facilitation to enhance peace, prosperity and well-being is enormous.

What then can the Remainers tell us about what staying in the EU would look like? Do they have the first idea about the plans for further integration that are coming down the pike? Are they capable of speaking honestly about the risks associated with remaining tethered to an EU bloc centred around the euro which substitutes Britain’s global voice in international forums for the “common position” of the EU-28? What kind of a future is that?

If you want to stick your head in the sand and pretend that systemic problems with the euro and the entire EU legislative process can be wished away with some half-hearted incantation about “reform” from people who never really mean it and who would never achieve it then that is your prerogative.

But running towards risk is the inverse of taking a reckless gamble on a genuine unknown. The greater autonomy, agility and accountability that leaving the EU would mean for policy-making in this country represents a real opportunity to bring power closer to the people. Taking responsibility for your actions is the beginning of maturity and it is past time that British politics grew up and started to engage with the real world once again.

Nobody should think that reforming Britain’s governance is going to be easy but we have to start somewhere and returning policy-making power to institutions we can influence begins with Britain leaving the EU.

2 thoughts on “Running Towards Risk”