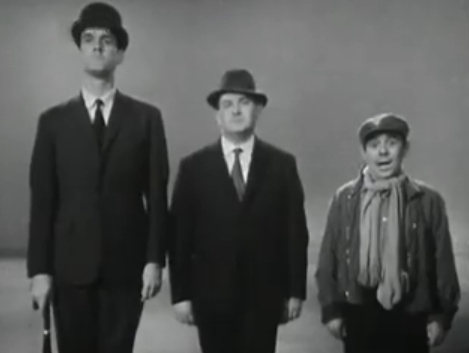 More than a few people appear to labour under the misapprehension that had Dr Richard North phrased his critique of Fraser Nelson’s abject misrepresentation of the facts regarding Article 50 more “moderately” Mr Nelson would have admitted to making a mistake (we all do it) and sought to correct his misapprehension in a future column or in the pages of The Spectator magazine.

One of the people encouraging others to believe this fantasy is Mr Fraser Nelson, who responded to a follow-up piece written by Pete North about Mr Nelson’s equally mistaken assertions regarding the Norway Option with a tweet saying, “insults tend to be the hallmark of a troll, as opposed to someone genuinely interested in debate.” This is particularly amusing in the context of Mr Nelson’s celebrity appearance on the EUReferendum.com comment thread where he claimed to be an “admirer” of Dr North’s work before reasserting his original misrepresentation of the Article 50 exit clause and then flouncing off without responding to any of the commenters who engaged with the substance of what he had written.

We still await his rebuttal and we will continue to wait, for the purpose of Mr Nelson’s visit to EUReferendum.com was not to communicate nor “debate” with his peers; it was to project dominance over his inferiors. To that extent, Mr Nelson is a prisoner of his own narrow-minded worldview; his inability to listen means that he is unable to learn and consequently he ends up making himself look like a right tit (technical term).

Big, powerful men like Mr Nelson do not expect to be challenged and do not take kindly to those who do. “How dare you address your betters in that tone of voice?” The lower orders are supposed to doff their caps and say, “Yessir”.

Dr North’s article prompted a response precisely because it was a direct attack upon the source of Mr Nelson’s legitimacy, the perception that Mr Nelson has knowledge and experience above that of his average reader, and an equal commitment to accuracy and intellectual integrity, which justifies why he writes for prestigious newspapers and journals. Once the illusion of superiority is broken, there is no going back.

Hence, it is not “proper” for the lower orders to question members of the “elite”. A subordinate who does not exhibit due deference to his superiors is someone who does not “know his place”, which, I would like to think, is still the preponderance of the British voting public.

Indeed, once one starts to investigate and engage with political issues—the EU being perhaps the best case in point—what is striking is just how little “prestigious” sources of news and opinion seem to know, let alone understand.

Many of the people who write for the legacy news-media are strikingly ignorant and neglect to do proper research, while others are more involved in promoting their own narrow agendas than they are in keeping people informed and up-to-date.

Besides, when it comes to the matter of the EU referendum, all of the oiks have the same say as the politicians and the legacy journos. As Alastair Campbell said on Question Time in May 2015, “even having the debate is dangerous”. The implication being that if we have the debate there is the chance that people might engage in fruitful communication with their peers, rather than acquiescing to the dominance-submission paradigm that sustains the likes of Fraser Nelson.

Once the power to decide Britain’s EU membership is in the hands of the people rather than British politicians and their toadies in the legacy media, who have told so many lies intended to scare people away from even considering the idea of EU withdrawal, they may just decide to do something that would really put the frighteners into the British elite—vote to leave the European Union.

5 thoughts on “Know Your Place”